Video games have grown and evolved over time to include certain core features; the most recent to be seen as a requirement for a successful game is a compelling narrative. Almost all games in some form or another have implemented narrative elements; even games as simple in concept as Angry Birds feature heavily developed stories for the player to follow.

Not all games need this type of investment in story and the mobile title Falling Sand (originally a browser game in various iterations) eschews the notion that it must present the player with a narrative at all.

The concept is simple; the player creates a container out of material and then drops loose material within said container. The beauty of Falling Sand‘s simplicity is the ability for the player to see the geological process of differentiation come into effect; if sand is dropped into water it will displace the water and come to rest at the bottom of the body of water creating a sand bar, if oil is placed under water it will push its way to the surface and rest upon the water. 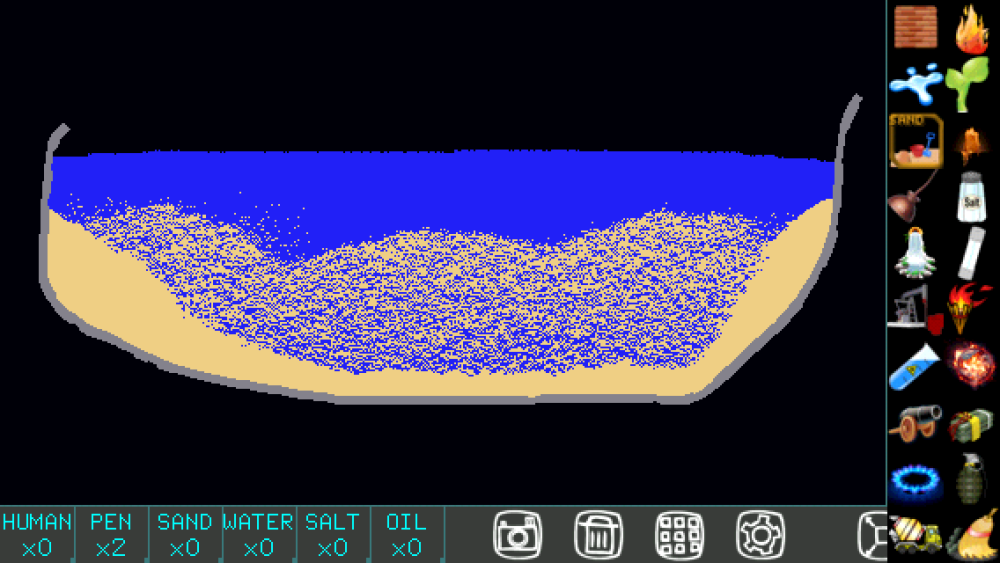 As the player builds upon their landscape, there becomes a point when it can no longer grow, there is no room to add anything else, and the various elements have settled into their rightful order.

Once order has been achieved the player can destroy their world through swift action such as a major explosion, or through the satisfying degradation of structures in entropy.  The latter is one that the player must spend time devising before they build their world.  For example placing a landscape upon a platform made of wax allows stability in construction, and a slow release breakdown.  Once the wax is lit it slowly melts away letting the settled landscape fall into it’s next container, and settling into something new. 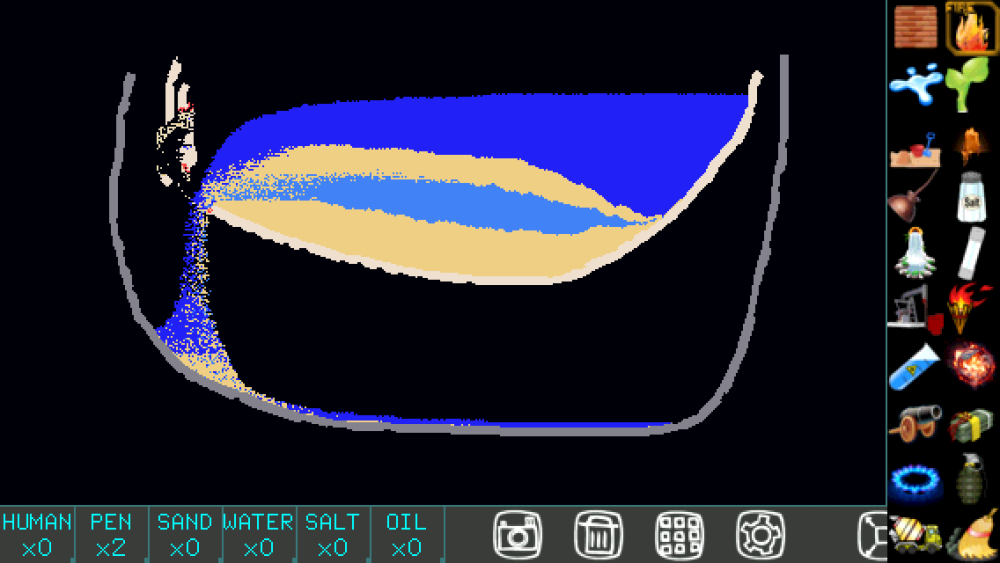 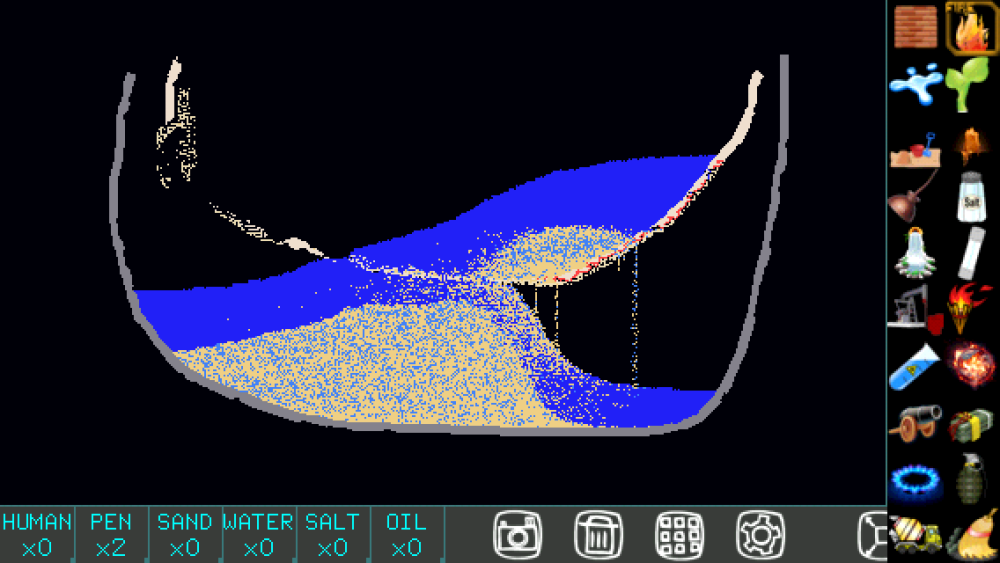 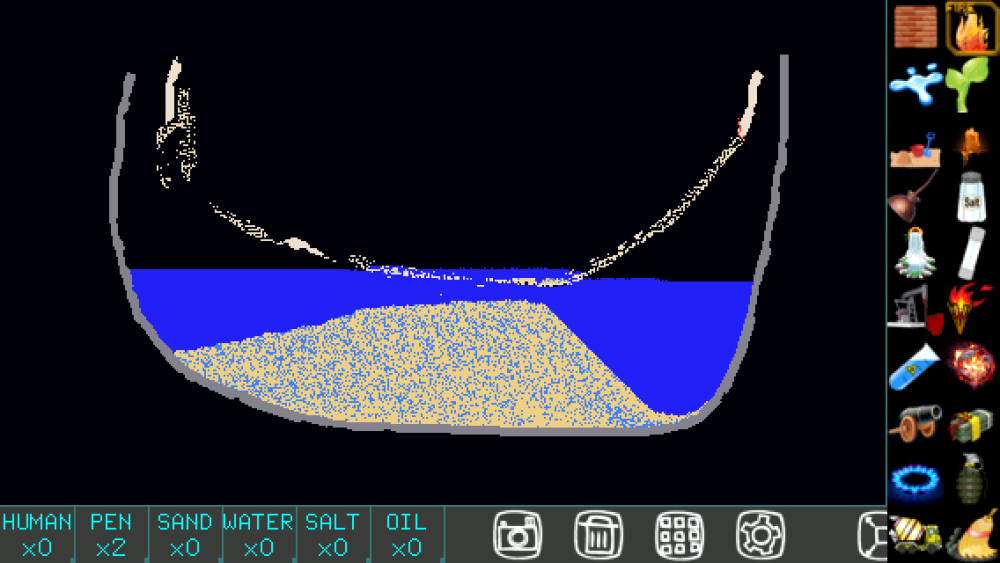 Along the lines of creative destruction, and building systems to reach a point of order, and then placing them into a state of entropy, the player has many destructive tools at their disposal which require finesse and restraint to produce results other than that of an atomic explosion.

As the player begins to use explosives they learn about blast radiuses; a generous amount of C4 will clear half the map of all material, whereas gunpowder even in large doses is more of an aesthetically pleasing boom.   Grenade material fires directly upwards and can be used to set off vertical explosions.

A dollop of nitrous oxide will burst in a beautiful fractal pattern. Isolating the right amount may require some clever planning. For example diluting it in a body of water, then using a plant to consume and transmute the water into a plant structure will result in the NOS existing as single particles among its greenery.  Then the player can set fire to the plant and as the flame crawls across the vegetation it sets off the NOS one micro explosion at a time, blasting a blazing trail of fire in its wake through the plant. 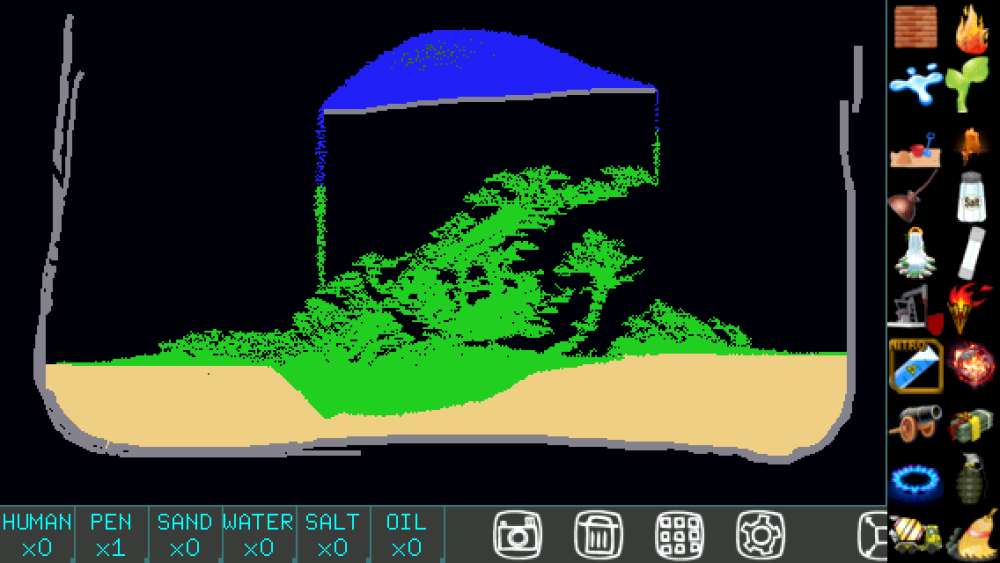 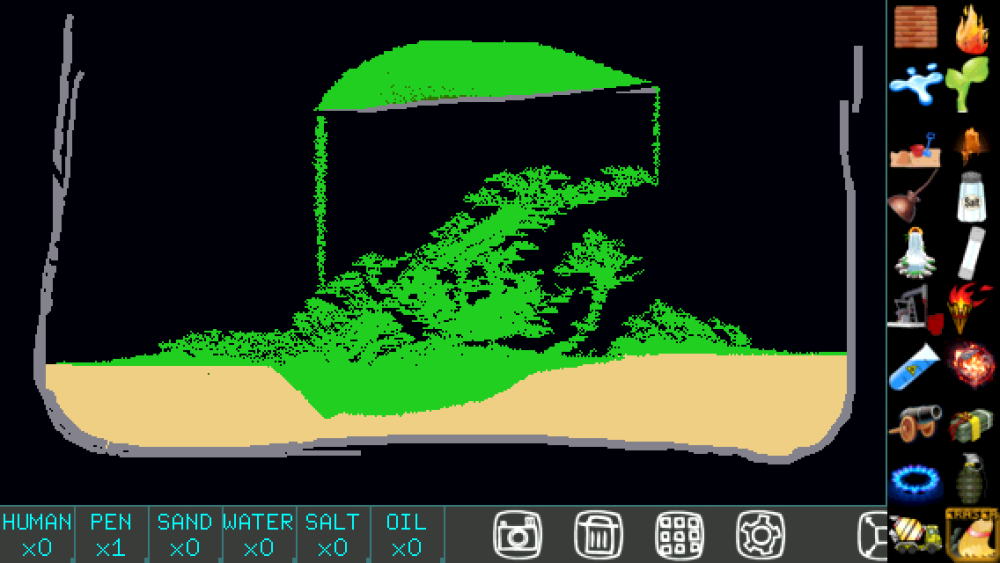 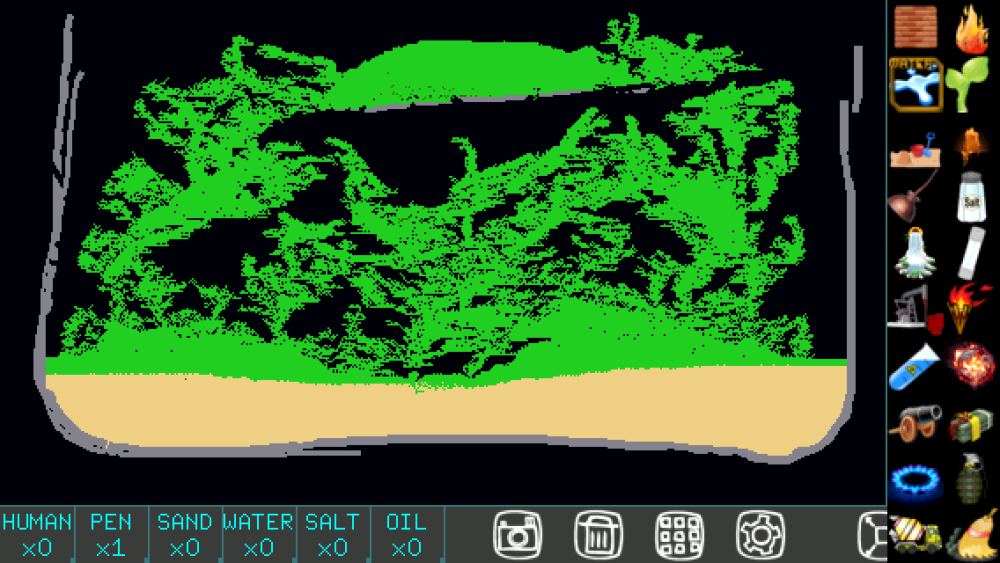 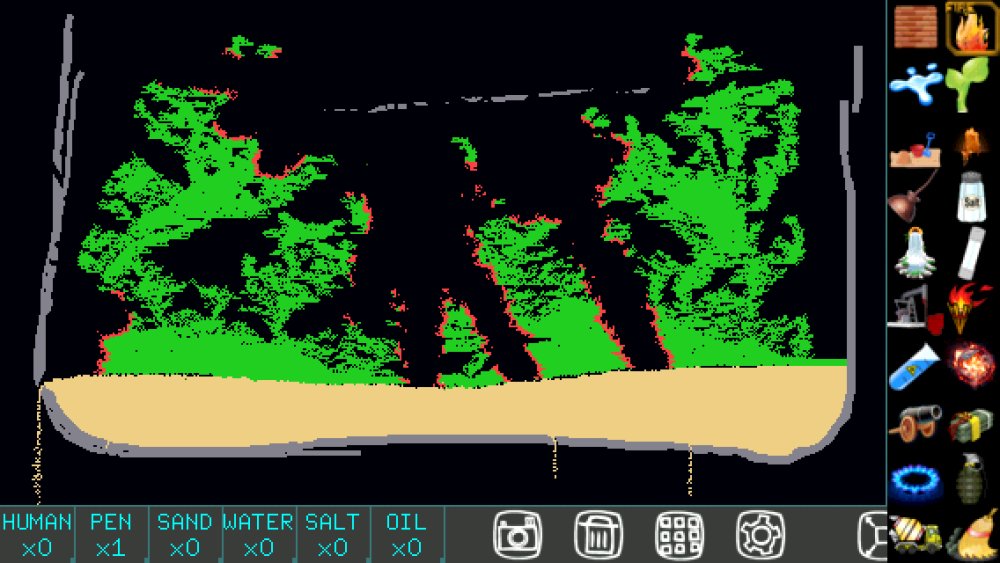 (NOS absorbed by the vegetation, through water, then set off with fire in Falling Sand)

The perennial narrative of cause and effect

In games, simply playing with cause and effect tells a story; of an origin and a conclusion, setting things into motion and watching the outcome, observing the unexpected, learning from the unpredictable, and making adjustments to the inputs to produce a new result.

With this in mind Falling Sand presents the player with a narrative of action; of chaos to order, order to entropy, and back again.  It provides the player with a mechanical toolbox for creation and destruction and simply says try something, then try something else.  In doing so Falling Sand escapes the traps of  a finite narrative or the limitations of replayablity many games encounter.  Its level designs are the players’, its story arcs are the players’.  Within a gameplay session worlds are created and worlds are destroyed; the lasting power of Falling Sand is that its tools to accomplish both are cause and effect toys.