As I was wandering through the caves of Skyrim I came across a pickaxe, a common tool used for mining ore.  It can be equipped as a weapon in the game, however, it isn’t seriously considered as a viable weapon.  This along with having very little interest in mining or blacksmithing, I never got into using it or having them in my inventory.  Yet, the object alone intrigued me, and since I have been focusing on diving into mechanics and mentalities of characters I had never considered before, I decided to build a character and playstyle based on the pickaxe. 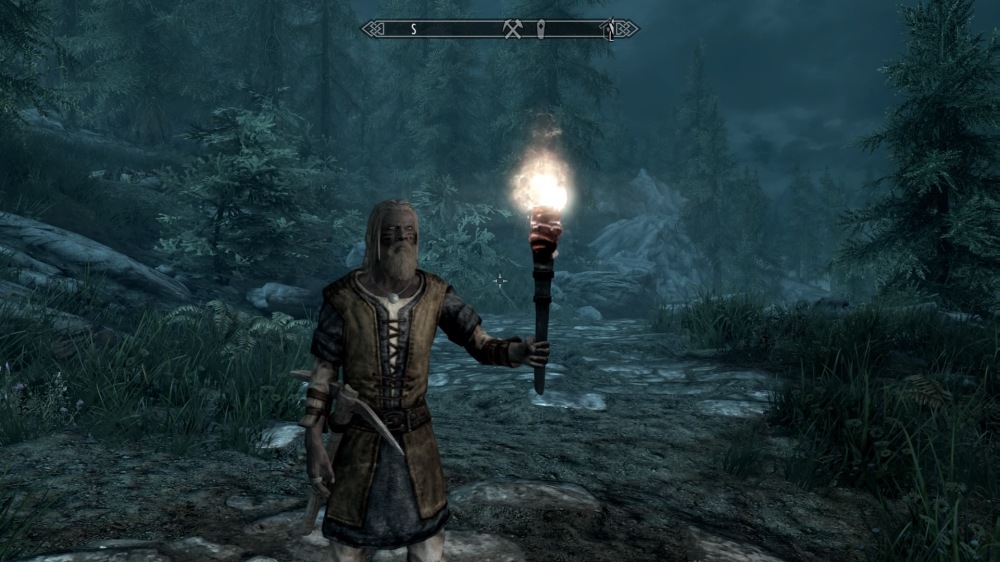 (Puck the Prospecter, with his trusty pickaxe wandering skyrim)

Thus emerged the character of Puck the Prospector. At first I had imagined blacksmithing as a major part of his identity, however, the miner mentality had been my true inspiration so I decided to not focus on creating armor or weapons as being his defining trait.  Rather, Puck’s entire motivation in life is to go out into the wilderness and find the rarest ore, exploring hidden and dangerous mines, armed with only his trusty pickaxe and some alteration magic.  The sense that he is a pioneer, and that he alone knows the geological secrets of the world are what define him. 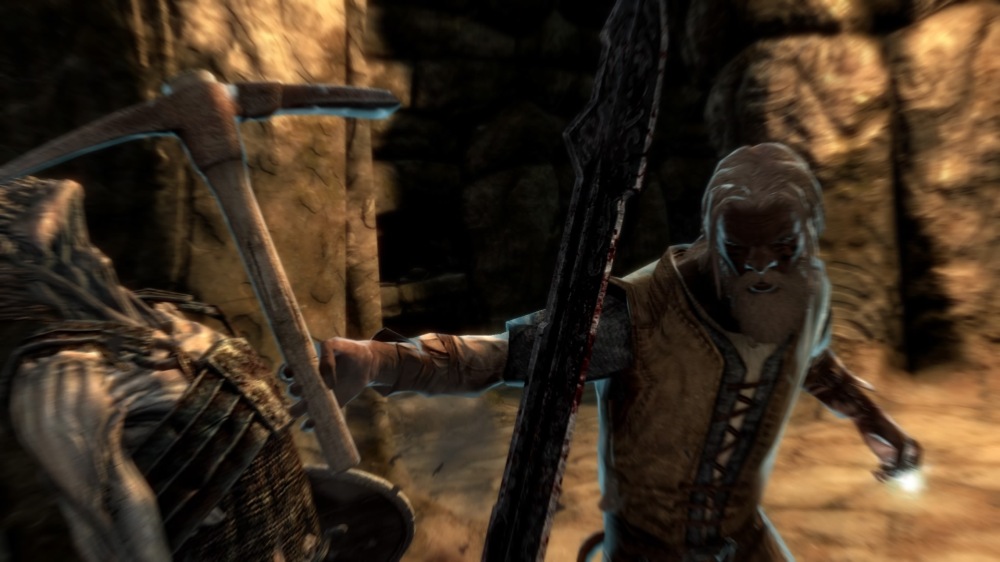 (Puck weilding his pickaxe and the Oakflesh Alteration spell)

This is the first installment in my character series titled Puck the Prospector, if you enjoyed it please feel free to read through the other articles within the series. I welcome discussion on this topic and if you have experiences of your own you wish to share please do so in the comments below, or write in to playprofessor@gmail.com.