As the last console generation drew to a close, I lamented the transition into the next generation, the cost of a new console, the lack of backwards compatibility, meaning I would need to start an entirely new library with games and franchises not yet proven to have what I so loved about the last generation.  In pursuit of getting every last moment out of my PS3, I purchased every acclaimed title I could find, ones I had missed out on, ones that had pushed gaming forward, knowing that once I crossed the generational threshold I would not return.

In my scavenging of the greatest hits section of Best Buy I stumbled upon the Mass Effect 3 trilogy for $30, thirty, dollars.  Needless to say I was beside myself with joy, one of my favorite inevitabilities of video games is that all titles will eventually fall to a reasonable price point for those patient enough to wait.

I had played Mass Effect 2 on my PC, completing playthroughs as both morally good and bad characters and had found the dialogue system and narrative to be enthralling. However, I knew that I couldn’t get the full experience because of the unique narrative selling point Bioware had developed for their trilogy; the ability to complete a playthrough of Mass Effect 1 and take that save data and import it into Mass Effect 2 to establish a world based on your decisions, and eventually, to transfer the culmination of the player’s decisions across 1 & 2 and import that save data into Mass Effect 3.

The opportunity was there, right before my eyes, to play the entire trilogy, with one save data file, as it had been intended. From the release of Mass Effect 1 in 2007, to the point where I stood, with my copy of the full trilogy in 2014, was a span of at least 10 years of development.

I completed my playthrough of the entire franchise in 17 days.

It was an incredible experience to see how the franchise developed and changed over the course of years; movement controls became refined, inventory systems became simplified then regained some expansiveness, combat became more of a focus, extraneous mission models that detracted from the gameplay were redesigned or removed in later iterations.

Vehicle usage began with the Mako a terrestrial SUV of sorts which was used to explore planets’ surfaces for structures and to establish mines (ME 1).  The “downtime” this caused forced a redesign of vehicle sequences which was reflected in Mass Effect 2 which had streamlined, faster sequences where the vehicle a hover ship named the Hammerhead was involved in more action packed events and planets were designed to be easier to navigate, with points of interest being able to be accessed quickly. By the time Mass Effect 3 came around the vehicle sequences had been eliminated entirely. 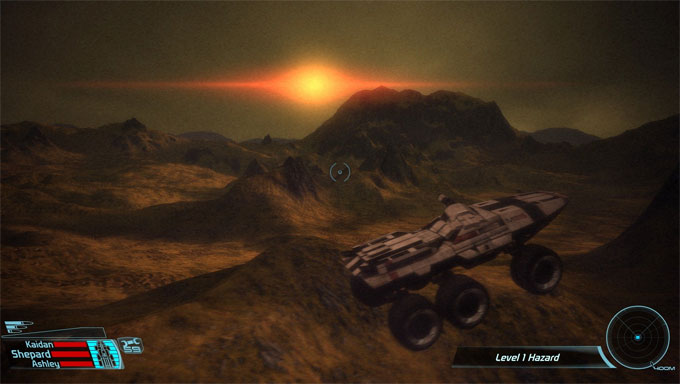 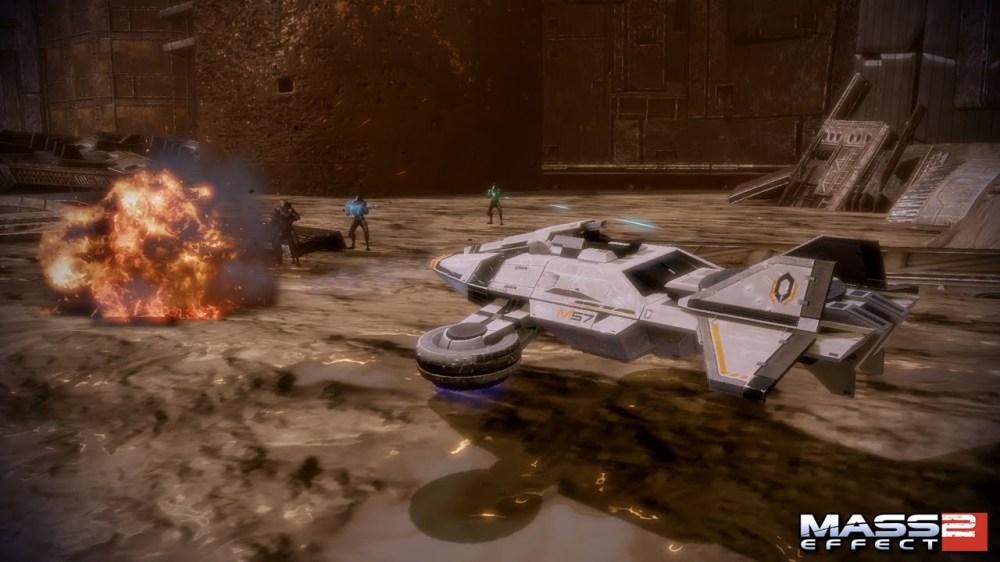 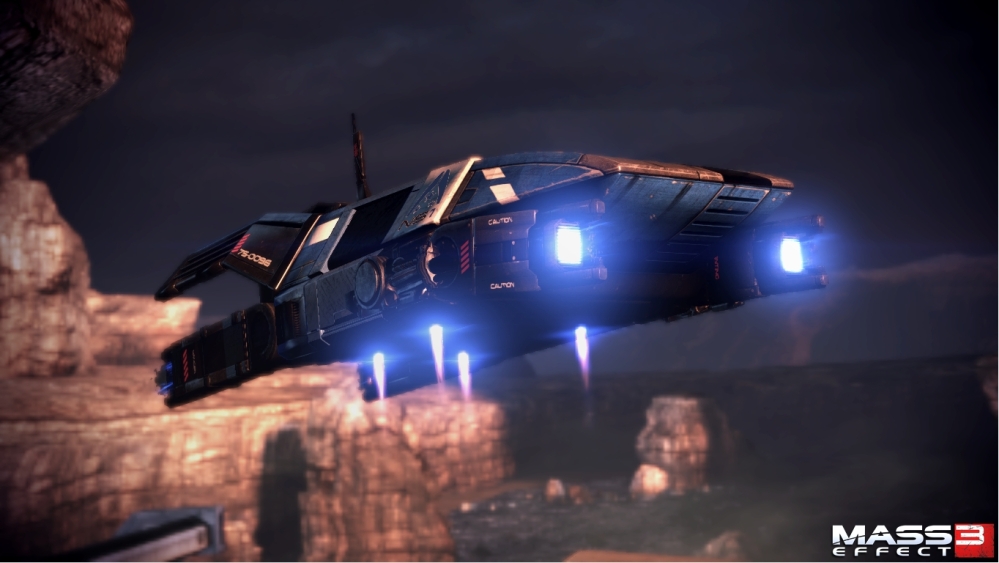 Combat evolved across the course of the trilogy as well, mechanical breakdowns such as allowing the player to have infinite ammo were rectified in Mass Effect 2 & 3, forcing the player to move around the battlefield in search of ammo. The HUD also began to become more streamlined and simplified to allow the player to easily read the information needed to make tactical decisions and command their teammates. This helped to reinforce the protagonist’s role as a commander / leader of their team. Moral choice was played out by the acquiring of divisions of karmic points toward the status of Paragon (good) and Renegade (bad).  The ability to dive a little into both and to see the accumulation of status was kept the same for Mass Effect 1 & 2.  However, since the game would only unlock certain content / scenarios by committing to one side or the other consistently, it never made sense to be split in the morally grey area.   By the release of Mass Effect 3, this system was replaced with a karmic bar which better represented the distribution of moral traits as a sum of both totals.

Investing time into a franchise is a special thing players can do for themselves when they find a new game they really like.  Even though we often grow weary that games will not hold up, if they are mechanically sound, have the right elements to tie them together, stellar gameplay, interwoven narrative, etc., then it can be well worth it for players to try out some older games they may have missed. If for nothing more than to understand how their favorite game came to be, a sum of all the mistakes and innovations made during the course of development.

Have you ever gone back to play an older game?  Have you ever braved an old game, knowing full well that by the time you were playing it, the shine of its graphics, and the archaic mechanical / menu systems may make you question the value of the game when compared to games with today’s standards? I welcome discussion on this topic, if you liked this article or have something to share, please leave a comment below or write in to playprofessor@gmail.com.