I have always loved playing video games, and I’ve never felt that they were impossible for me to beat.  However, when it came time to play against my friends it became clear that some of them were way better than me at the games we played.  Thus I figured out early on that if I wasn’t going to win in a traditional sense, I needed to figure out a personal goal to achieve.  I decided that for me, winning would be a matter of committing to a novel playstyle or an obtuse objective.

Off the top ropes!

A prime example of some of my earliest commitments to playing games for my own enjoyment as opposed to pure competition is the wrestling game WCW vs nWo: World Tour for the Nintendo 64.  After playing a few matches with my friends it became abundantly clear that I would not win a match against the more mechanically savvy friends of mine, thus I needed to find an alternative and memorable way to define myself through gameplay.

One time, I noticed that one of them climbed on top of the turnbuckle and leapt to takedown another wrestler.  This move was fraught with danger because it took time to climb onto the turnbuckle and left the player vulnerable the entire time they were up there.  Likewise, if the player leapt and missed their target they would land on the ground stunned, leaving their opponent with ever more of an opportunity to beat them. 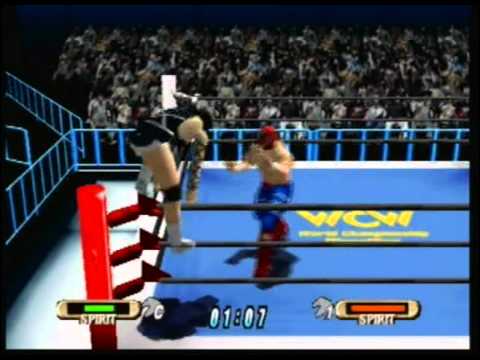 (Climbing the turnbuckle in WCW vs nWo: World Tour)

This was it, this was going to be my move, a daring stunt with very little payoff and an insane amount of risk.  I started by attempting to fail as much as possible, to mask my inability to actually complete the move.  I would climb on top of the turnbuckle over and over again, getting beaten down by my friends like a piñata on a frayed string.  Even when I would climb properly on top I would simply hurdle myself completely out of the ring, leaving myself stunned for the longest duration possible.

This accomplished two things, a) it would allow me to lose with some comedic value if it were inevitable, and b) my friends didn’t mind because then they could live out their fantasy of winning in a major way.  However, the pursuit was not entirely masochistic or defeatist, because there was always a slim chance, that I would be able to sneak to the top of the turnbuckle while my friends were busy duking it out, and launch a major offensive, taking down one enemy and then pinning the other weakened player.

“Being the underdog and only winning by an upset became my favorite way to play.”

This proved to me that I could win, but that I would always need to find a way to win that expressed my value in victory through novelty and challenge, through a strategy that was mine alone.  Being the underdog and only winning by an upset became my favorite way to play.

Have you ever committed to playing a game the “wrong” way because it was more fun?  What motivated you to take the road less travelled in your gameplay? Do you feel that it is better to follow a game’s most viable strategy for success or do you believe that players should always define themselves through their gameplay with what feels most genuine to their character? I welcome discussion on this topic and if you have experiences of your own you wish to share please do so in the comments below, or write in to playprofessor@gmail.com.