In roleplaying games conversation trees, and dialogue options open up a world of character expression and interaction with the non player characters.  Whether it is as simple as talking to a bartender to tap into the rumors floating about town, or diving deep into the history of a companion to learn their motivations for joining you on your hero’s quest; the player’s choice in what they say, and how they say it can have an impact the relationship between the player character and the npc. 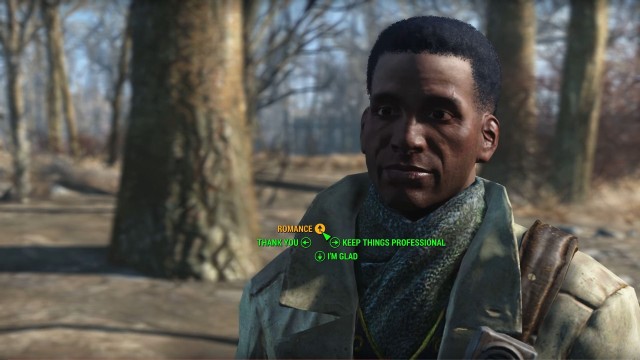 (Moving the npc / player relationship towards romance in Fallout 4, within Fallout’s model the success of the player’s romantic advance is based on affinity (determined by the player’s actions and choices and whether they were aligned with the npc), and charisma & luck  (player character traits))

This is where the breakdown occurs, while the design intention is that the relationship between the player’s character and their npc companions should form naturally depending on the player’s choices, this is not how players interact with game systems.  As I explored in my article Chasing perfection & fearing failure: the problem with relying on guides, abusing game guides to gain perfect scores within the mechanical systems of a game can ruin the experience.  Thus when players see this game system, within which they can fail to win the affinity of an npc, especially romantic prospects, or their favorite platonic ally, they may be tempted to find a way to earn their affinity without failing a single personality check.

(A romantic dialogue choice to reinforce the relationship between the player character and Cassandra in Dragon Age: Inquisition)

The player is often pushed into this type of thinking due to two breaks in these games’ designs:

These design breaks focus the player on maintaining a perfect relationship with their companion and this has consequences: 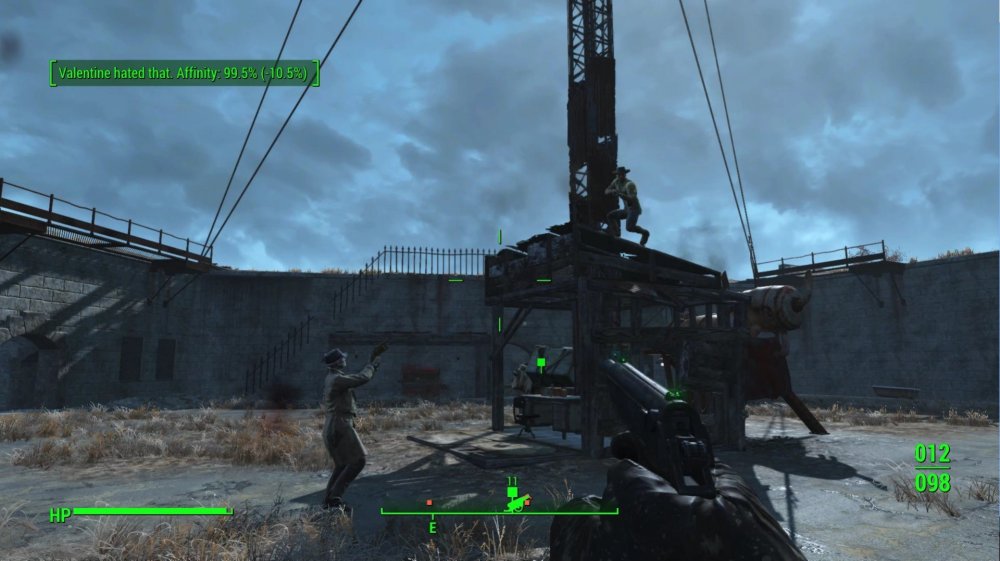 (A Fallout 4 mod which shows not only the affinity flavor text of a character “Valentine liked that” or “Valentine hated that”, for a player’s action or dialogue choice, but also the percentage impact of their choice)

Have you ever felt that relationships with npcs ended up feeling superficial?  Did you feel that the conversation checks and affinity checkpoints were constrictive to your gameplay and character development?  What is your favorite character and npc interaction? If you’d like to read more about this topic you can check out my article Companions: choosing your friends in which I talked about the influence npcs can have on a player’s character.  I welcome discussion on this topic and if you have experiences of your own you wish to share please do so in the comments below, or write in to playprofessor@gmail.com.