The act of cheating in games stems from the desire to get away with doing what one knows is against the rules.  While not always malicious, it is always for the player’s advantage through a deception or trick.  In my three part series Cheater (part 1, part 2), I am exploring the ways gaming culture has altered the way we think of what constitutes cheating. In today’s article I will be discussing the use of exploits in games.

Is breaking a system fun?

Exploits are unintentional breaks in a game’s systems which can be used to the player’s benefit.  While similar to a cheat code or shortcut in the sense that they go beyond the original design intention, the difference between other forms of cheating and an exploit, is that exploits are an abuse of flaws in a system. When utilized, exploits break the game’s rules and allow the player to do things that not only go against the structure of the game but also tend to break immersion.

A classic example of an exploit turned shortcut is the death and respawn region exploit in Mario Kart 64‘s track, Rainbow Road. At the start of the race the player starts on the high ground of the track.  If the player leaps over the side railing towards the northeast most portion of the track, they may be able to trigger the death region near the track.  If they are successful, the game will pick them up and respawn them on the far end of the track, as opposed to the leaping position, granting them a large advantage in the race.

The use of this exploit is highly frowned upon among multiplayer sessions.  Yet, it was still passed on from friend to friend as a technique for easily besting the competition in single player mode.  Although the gamers might not have understood what was happening when their game “glitched,” once discovered, the exploit was used and abused to break the track.

Along the lines of breaking design intentions, fans of The Elder Scrolls V: Skyrim quickly found a thieving exploit baked right into the AI with the basket trick. All AI units have detection cones which allow them to detect the player, in the interest of simulating  realistic “vision cones” the developers made those detection cones emanate from the NPC’s heads. Since players are freely able to manipulate objects in space by picking them up and moving them, players realized they could put baskets or other large containers on NPC merchant’s heads and steal everything in their shop right under their noses.

A ubiquitous exploit which has its root in the earliest of video games is collision grinding. All art assets are created of meshes, these meshes are made up of polygons with surfaces and edges. In order for objects in a game to interact with each other without going through each other, they must exhibit a characteristic known as collision.  Sometimes the collision volumes are generated to match the asset itself, other times when the asset is too complex and the player won’t interact with the asset with any degree of fidelity, a wall or basic shape of collision will convey the feeling of two solid objects interacting with each other. 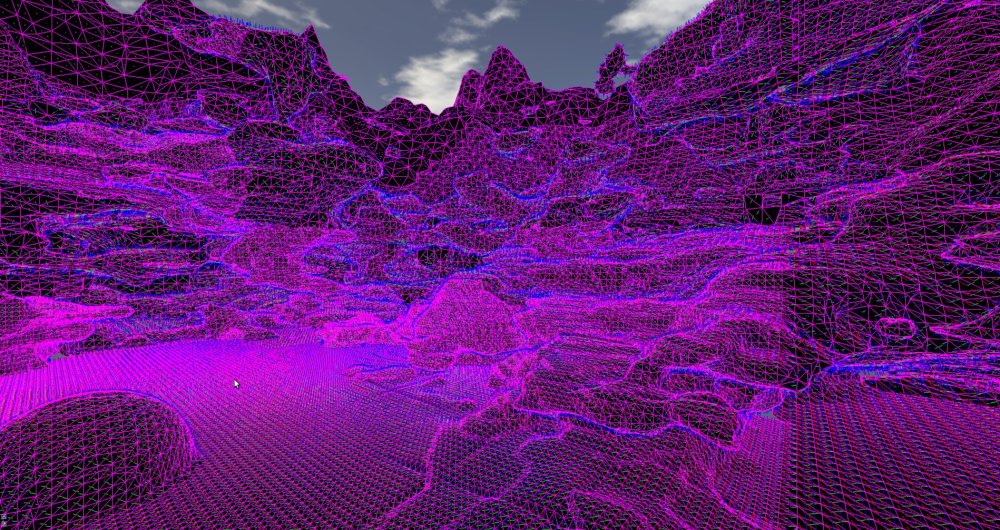 When players try to climb up increasingly steep grades, their instinct is to try and jump higher, in hopes that they can clear the height of the obstacle they are encountering and reach the next ledge. Since the mechanisms for actually detecting climbable objects and interacting with them to reach a higher location is not a common place system, players resort to jumping over and over again as they slide against a wall, looking for little edges of collision to land on as they make their way up a mountain.

This technique, known as collision grinding is extremely helpful for traversing steep terrain and reaching elevated locations. However, as a consequence of this technique, animations and character models begin to break immersion as they jump up vertical cliff faces like mountain goats. In the case of Skyrim doing this with a horse will sometimes result in the horse maintaining its orientation to the ground and appear to be wall crawling like a spiderhorse.

Have you ever found an exploit in a game, a way of cheating that seemed to be a lucky break? Have you ever used an exploit to gain an advantage in a game? Do you think the use of exploits in games are fun, or do you feel that the gains made with them feel cheapened due to their use? Do you feel that exploits break the immersion of a game by illustrating the systems and limitations of the game as a structure? I welcome discussion on this topic and if you have experiences of your own you wish to share please respond to the thread for this article, or talk to me through my email or any of my social media: playprofessor@gmail.com, Facebook, Twitter.