When I first saw an ad for Angry Birds Transformers I immediately thought it was a hoax. We all know the type, ones that show us Starcraft screenshots and claim to be an addicting space game, when they’re actually just boring combat builders released yesterday with 2 reviews saying they weren’t what the ads showed.  Worse still, are the games that are the blatant ripoffs of other games, featuring low production values and destined for ip lawsuits.

I was certain this game was the latter because it was a) too novel of an idea to be true, and b) didn’t seem like the type of game developer Rovio would be interested in making. Nonetheless, I was intrigued by the gameplay featured, took a leap of faith, and downloaded the game, only to be surprised when I saw the Rovio logo flash across the screen.

From their origins as a physics puzzle game, the Angry Birds franchise has become a powerhouse, a household name with brand recognition, and an adoring fanbase in the gaming community. In their attempts to branch out into other gameplay models it has seemed that the franchise lent itself to being reimagined for different genres.

With this understanding I guess it shouldn’t have come as that big of a surprise to see them apply the ip to a side scrolling rail shooter. What was surprising was the ip they decided to do a mashup with.  The explosive, destructive fun of Angry Birds mirrors that of Michael Bay’s high octane, nitroglycerinesque iterations of the Transformers franchise, yet the real question of how the two would benefit each other came in the form of how the mechanics would function.

The blending of the two ips is expertly handled and expressed within the gameplay: 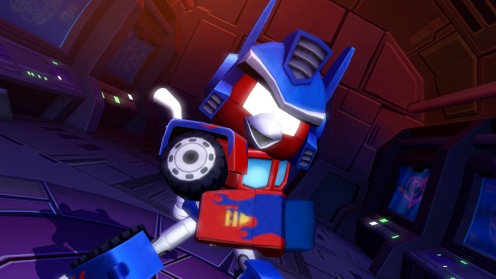 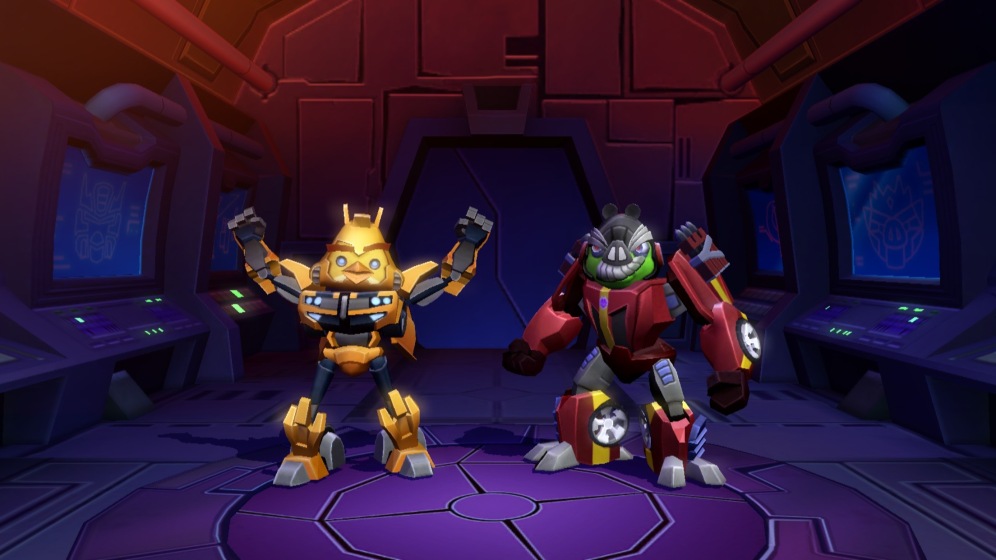 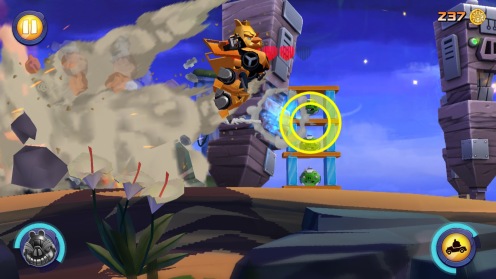 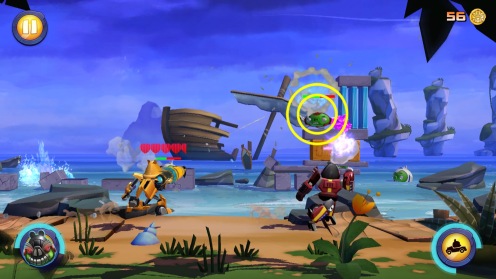 Angry Birds Transformers serves as a reminder that when theme and mechanics are incorporated into, and support each other, they can produce unique results otherwise unachievable by only focusing on mechanics or a killer ip.

Do you get more excited about games with original intellectual properties or games which use existing ips for theme? Have you ever played a ip mashup game which ended up being really fun like Lego Star Wars, or Mario & Sonic at the Rio 2016 Olympic Games that ended up being surprisingly fun? I welcome discussion on this topic and if you have experiences of your own you wish to share please respond to the thread for this article, or talk to me through my email or any of my social media: playprofessor@gmail.com, Facebook, Twitter.