When Clash Royale, the card battle game from Supercell came out March of last year my friends and I immediately began playing together. After a few months it seemed that the game had run its course, with several people from our group, me included, deciding to uninstall the game out of frustration with unbalanced units or boredom from using the same strategies over and over. 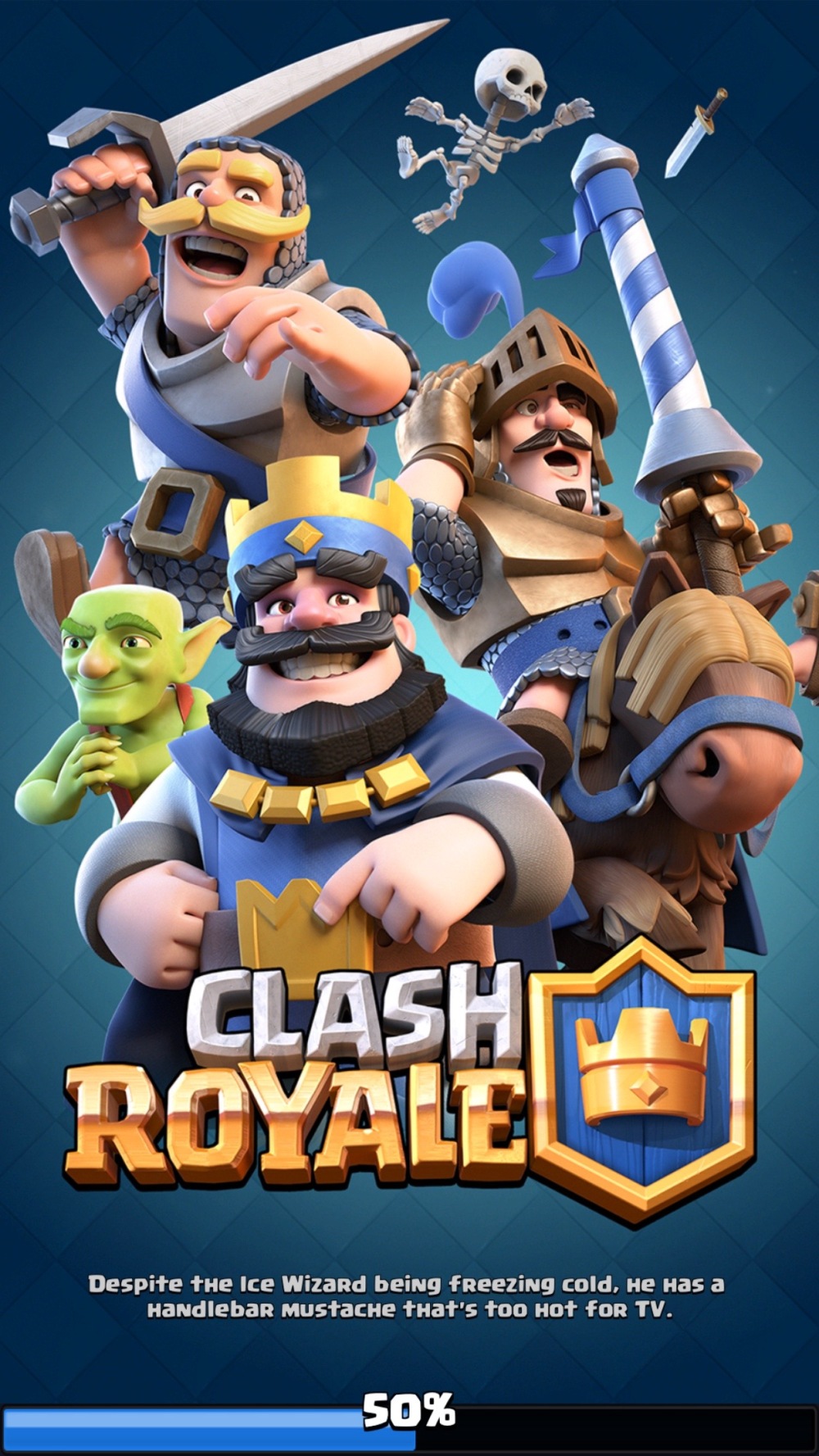 After some time away I began playing it again late last year, mostly due to the quality of the gameplay experience and an interest in coming back to the game with a fresh perspective.  A year after its release the game remains relatively unchanged barring the introduction of new cards and balance tweaks, which positively speaks to the strength of the gameplay experience upon release. The thing that has always brought me back to playing the game is the quickness with which you can experiment with different playstyles.

When I used to talk about the game with my coworkers and gamer friends they would only be interested in the most efficient or strategic card decks. They would talk about the strongest card, and what the best composition was and what cards were “useless”.  This fixation on “the best” is nothing new, especially in a game that is focused on player versus player competition and ranking, yet to me it was obsessive and reduced gameplay to matter of observing other players and replicating their strongest strategies. I found these builds to be unadventurous and that the strategies we all ended up using were efficient but lacked heart.

Nowadays,  I often play a match or two with my girlfriend watching and explain the choices I make and the excitement I feel when unlocking a new unit.  She noticed me making entire builds based off of novelty, an idea or concept, for example: after unlocking the Giant Skeleton card I made an all skeleton deck, after unlocking the Wizard who shoots fireballs, I made an all fire themed deck, after finding another spell I tried a no units deck, and one of my all time favorites is a deck that only produces units through structures. She laughed at me and asked if I was doing so just for fun or because it was strategic and I said, “Oh no,this will probably fail miserably, but it’ll be fun!”

Each time I try something new it allows me to break my own conventions and the meta game which would otherwise dictate that, “The Witch was queen of all cards” or “you’d be a fool to leave out the Baby Dragon.” It also helps break the monotony of always playing with the same deck, the core idea behind what makes Clash Royale so great in the first place is the variety of cards, unit types, and strategies, cheap card decks for rushing, expensive card decks for defense, structures for long buildups, spells for crowd control or area of effect damage, etc.

After a painful series of losses I turned to my girlfriend and said, “ok, you know the cards, what kind of deck should I make now?” to which she replied “a cute army” which includes: Baby Dragon, Hog Rider, Minion Horde, Prince, Skeleton Army, Fire Spirits, Princess, and Golem. Although playing with a themed deck often throws me out of my comfort zone, the cute army is something else.

It has a hard pushing potential early game but also has good defense for late game, it isn’t quite cheap enough to play fast and not quite expensive enough to play slow. Each unit has to be played both offensively and defensively since the deck’s success lies in countering and pushing on both lanes at the same time. In doing this the opponent is forced to pick between defending on assault vs the other and when they over commit to one you just push the other. It is as challenging to implement as it is satisfying to do successfully. 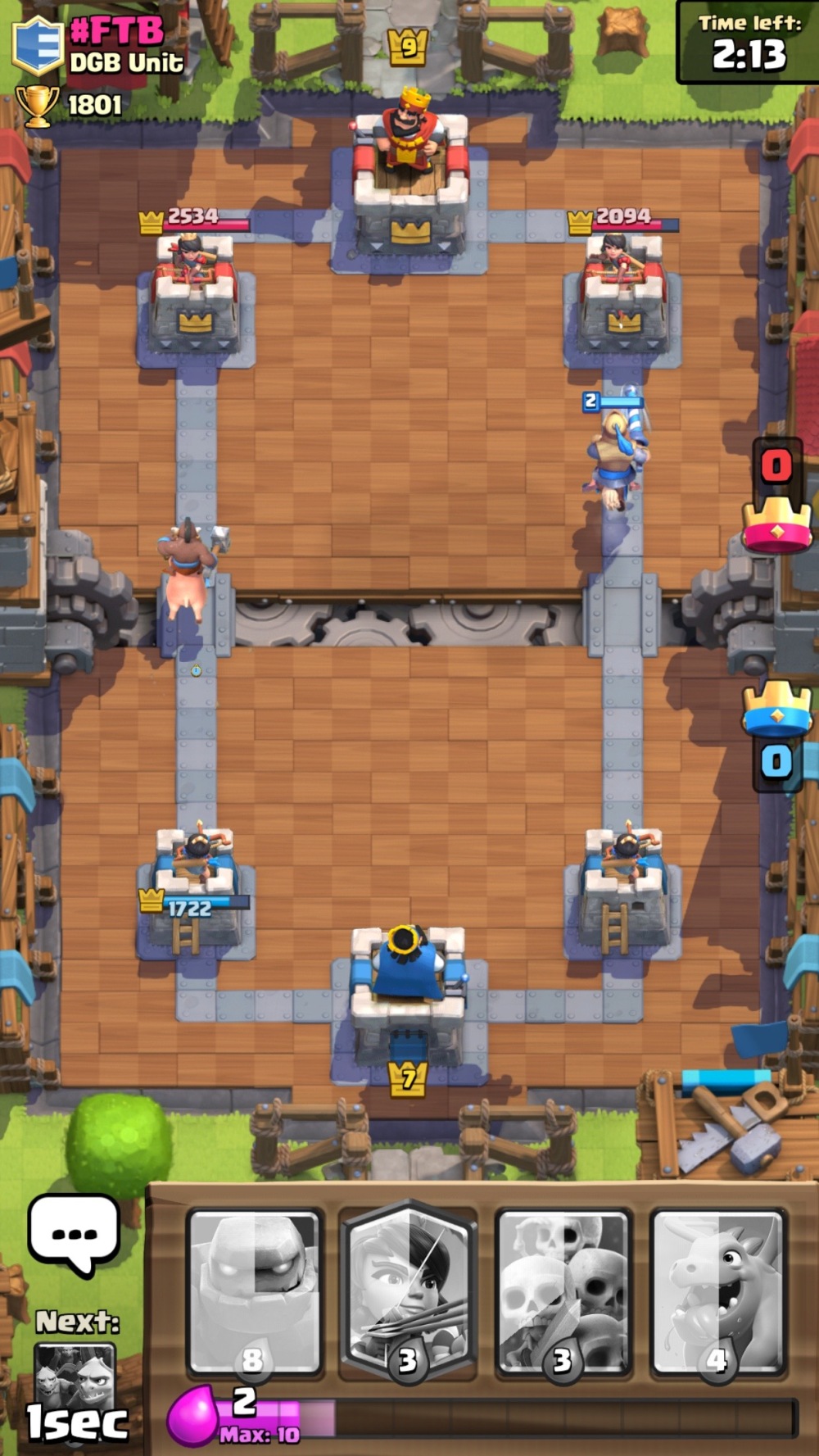 What I’ve learned from my time playing Clash Royale is that it’s important to play games and discuss them in the terms which delight us most. If the game to you is all about having the best strategy, then embrace that and dive into the science behind what is strong and weak, instead of balking at all other strategies as irrelevant or useless. If you’re like me and enjoy chasing novelty in your playstyle, don’t be afraid to express that by exploring the unconventional strategies and always committing to the things that sound the most fun. Both the hardcore and silly playstyles can coexist, and should be enjoyed with appreciation by those who compete and those who play.

Do you play games for pure efficiency or do you like to play just for the fun of it? Have you played Clash Royale, what’s your favorite deck / card? I welcome discussion on this topic and if you have experiences of your own you wish to share please respond to the thread for this article, or talk to me through my email or any of my social media: playprofessor@gmail.com, Facebook, Twitter.