GLHF is a series that looks to better understand the dynamics of sportsmanship in video games, today we are taking a look at how mentality and a defeatist state of mind can have severe impact on a player and their team’s performance, specifically within the context of the MOBA League of Legends. If you like this article please feel free to check out the rest of the series: pt. 1: Sportsmanship in video games, pt. 2: Selfishness / Noncompetitive play, pt. 3: Kindness, pt. 4: Respect, pt 5: Rage Quit, pt 6: Toxicity, pt 7: Honorably Growing Culture, pt 9: How to play for friendship, and pt 10: What we’ve learned.

It is embarrassing to lose, it’s not fun to see the scoreboard go in the wrong direction and it hurts to see that it’s clearly your fault.  Sadness is the first emotion to stir when a player is doing poorly, it can quickly turn to anger, to raging and lashing out, but the root is being upset at one’s own fate.

If one cannot conquer the fear of being an utter failure, if one resigns to the idea that the challenge before them is insurmountable then they may blind themselves to the lessons they could be learning.  What mistakes were made? What advantages did the opponent have? How could I have done better?  What can I take away from this loss for future matches?  Did I lose my cool and tilt early?  Was it actually a teammate’s fault? How do I discuss that with them productively?

Sitting in the discomfort of loss and looking for the opportunity to grow is a painful, irritating, and maturity-demanding process, yet the value of its lessons can actually serve the player more than the games in which they won with the knowledge they already possess.

A defeatist state of mind

“Please just surrender” a phrase that can be heard echoing through the team chats of players who are tired of losing a match, they are defeated, mentally they are no longer willing to play since they believe their hope for winning is over.  I understand their words and have uttered them myself when in a losing match, when my team is clearly disadvantaged and going to lose.

In my article on rage quitting, I discuss the importance of playing a game through in order to see things to completion.  However, as I have recently explored avenues to make losing more enjoyable as I discussed in my article Off the top ropes: always playing the underdog and only winning by an upset. I have learned the importance of setting minor goals such as taking down the enemy ADC who had had a kill streak going all game long, or proving I had the mechanical know-how to accomplish a single objective.

I have applied my own parameters for success when victory was not likely, and in this way I have continued to learn even in defeat, pushed myself to get a kill on the level 16 Udyr after having my computer crash and entering the game as a level 8 Teemo.  When my teammates utter the words “gg” 5 minutes into the game I tell them to relax and just play safely until we can group up as a team.  When they start saying “please just surrender” at 20 minutes I tell the team to play it out and learn as much as they can, since I believe you learn the most when you are challenged, and that one’s skills are rarely sharpened when the game was a piece of cake.

In a surprising victory against a tough opponent playing Aatrox they admitted to me that I had played well and they thought they would have won our matchup handedly.  I expressed appreciation for the compliment and that it had taken many games of losing as Teemo to Aatrox to learn the mechanics and psychology of how to defeat them.

Finally after many losses I was able to see the fruits of failure:
1.  Be aggressive early and set the pace, if he thinks you’re vicious he’ll be the timid one
2.  Focus on denying him access to his gold, this is more important than obtaining your own gold
3.  Don’t be afraid to let your turret take damage while you get more items, play safely
4.  Keep moving laterally, his combos are based on you running away or staying in place
5.  If he starts his combo and only lands one of his abilities fight him, make him fear your damage 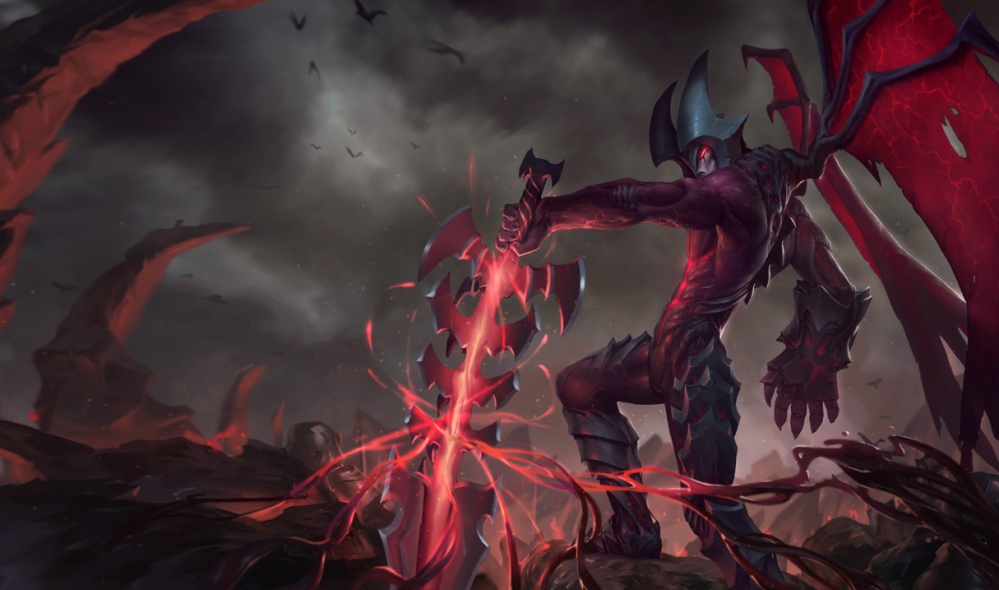 These lessons were learned too late in many of my games before, and my defeated mind sounded very differently:
1. He’s so aggressive! He can dive me whenever he likes, he just kills me over and over!
2. I’m not even attacking him and just trying to farm up but I can’t get to the minions!
3. I should have backed, my health so low that was so dumb, but now he’s taking the turret because no one came to help me!
4. His combo is unbeatable! he just hits me twice and I’m dead, I was running away and he just gets to me from like two blocks away!
5. He started his combo and I burned flash to get away from him, if he hits me with his combo there’s nothing I can do!

If we look at our losses as personal failings it can be difficult not to be hurt by them and take on a defeatist state of mind.  However; thinking that way is incredibly toxic to your team because it illustrates a lack of faith in yourself.  Believing that you are incapable of success is more powerful than the words and actions of others in determining your performance.  The more a teammate complains about not being able to win, the more the rest of the team begins to believe in those doubts, or worse the more effort the team has to put into just keeping the players playing.

Therefore we must be aware of how losing a game impacts us and how we can continue to grow in spite of the loss, and to perhaps inspire our teammates to rally together and continue to try.  The challenges that make us fail hold the key to success in their inverse, as I showed in the above face-off between Teemo and Aatrox.  Therefore we should welcome every defeat as much as we welcome each victory, as a chance to learn and to grow, to apply what we have learned and to encourage our teammates to keep playing through a tough match.

In that sense I believe the hardest thing of all to overcome is the idea that a loss makes a player a loser.  The only thing that is lost in defeat is its lesson, if we determine that our pride is worth more than acknowledging our mistakes and learning from them.


How do you feel about players who give up and talk as if they are already defeated? Do you try to bring them back, to help them?  Do you rage at them for complaining? Have you ever given up in a match? Have you ever learned an important lesson from a match you lost?  I welcome discussion on this topic and if you have experiences of your own you wish to share please respond to the thread for this article, or talk to me through my email or any of my social media: playprofessor@gmail.com, Facebook, Twitter.